Qualcomm, Samsung, MediaTek, and Nvidia, are some of the biggest mobile SoC manufacturers, regardless of the operating system. Their combined market shares account for the vast majority of all smartphone and tablet chips, and they all share one thing in common – their CPU hardware is based on ARM’s Cortex-A series of processors. Intel may be the still dominant company in PC and Windows markets, but it’s having a much tougher time in the mobile world, with only a small range of semi-successful Windows tablets and handsets to its name.

How did ARM come to dominate the smartphone market, and what, if anything, can Intel do to challenge ARM for the mobile SoC crown?

Intel is behind in the mobile space, that much is for certain, and virtually every market analyst agrees that the tech giant is now on the wrong side of the technology market.

According to a Gartner report published towards the end of last year, tablet shipments are expected to grow by 43% throughout 2014, mobile phones by another 5%, whilst PC and laptop sales are expected to fall a further 7%.

Looking at the numbers, the tablet market is set to almost catch-up to PC shipments this year, and the mobile phone market eclipses them both. With hindsight, Intel needed to be on the mobile bandwagon years ago, but instead is stuck as the dominant incumbent in a declining market.

Turning to finances, Intel’s recent earnings call sheds a more accurate light on the situation. The company’s yearly operating income and net income were both down, 16% and 13% respectively. On the upside revenue remained fairly steady, down just 1%. This suggests that Intel is spending more to keep itself in the race, but perhaps the declining PC market isn’t harming Intel’s revenue as much as many would like to believe.

Intel’s billion dollar profits don’t show signs of disappearing anytime soon, but complacency will almost certainly lead to trouble if the PC market continues to shrink. An Intel chip in a major mobile device would go a long way to proving that Intel really can compete with ARM, but so far success has remained elusive.

Why has ARM been so successful?

ARM’s story couldn’t be any different from Intel’s. The Cambridge based company has ridden the smartphone revolution right from the beginning, the company started out designing CPUs for Apple back in the early 90s.

However, it wasn’t just good connections that have helped ARM prevail. ARM’s focus on low power processors has proven to be an excellent match for smartphones, whilst Intel has been stuck attempting to slim down its powerhouse hardware. 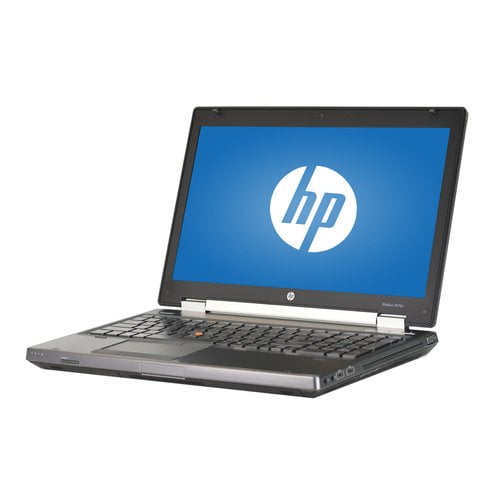 Perhaps even more important to the company’s success is its business model. Unlike Intel, ARM doesn’t manufacture anything, it only sells its intellectual property to other companies. Visionary businesses, like Qualcomm, are responsible for much of ARM’s success, having identified and developed some of the most comprehensive mobile SoCs from ARM’s designs.

A comparison of the share of revenue generated by Intel and ARM based manufacturers. Sources: EW/iSuppli

ARM and its business partners have changed the nature of hardware development by relying on the spontaneous order of global markets rather than speculating on future demand. Intel, and others, have simply failed to predict the future well enough to give smartphone developers what they really need.

The next battleground: 64-bit, power efficiency, and “next-gen” performance

Of course that’s all in the past. Intel is now paying much more attention to the mobile market and has a range of low powered Atom based mobile processors already in the market. So far nothing has been able to break ARM’s stranglehold, but Intel does have a new line-up of chips on the way.

First up is the Bay Trail tablet chip, a 22nm 64-bit SoC that will appear in quad and dual core varieties. Bay Trail marks Intel’s first real top-tier competitive mobile SoC, featuring integrated graphics from its high end Ivy Bridge architecture and comparable CPU performance to ARM’s popular Cortex A15. Overall, the Bay Trail chip is expected to perform somewhere between the popular Snapdragon 600 and 800 SoCs, a marked improvement over the lackluster Clover Trail architecture. Importantly, Intel’s CEO recently told investors that the first Android tablets powered by this technology will be appearing in the second quarter of this year.

Looking a little further ahead, Intel will be the first company to offer a 14nm mobile chip with Cherry Trail, which is scheduled for the second half of 2014. This will offer significant energy efficiencies and performance gains, and could pose a strong threat to ARM developers who are mostly stuck on 28nm.

Intel is pulling ahead with its manufacturing process. This could be Intel’s opportunity to catch up with improved energy efficiency. 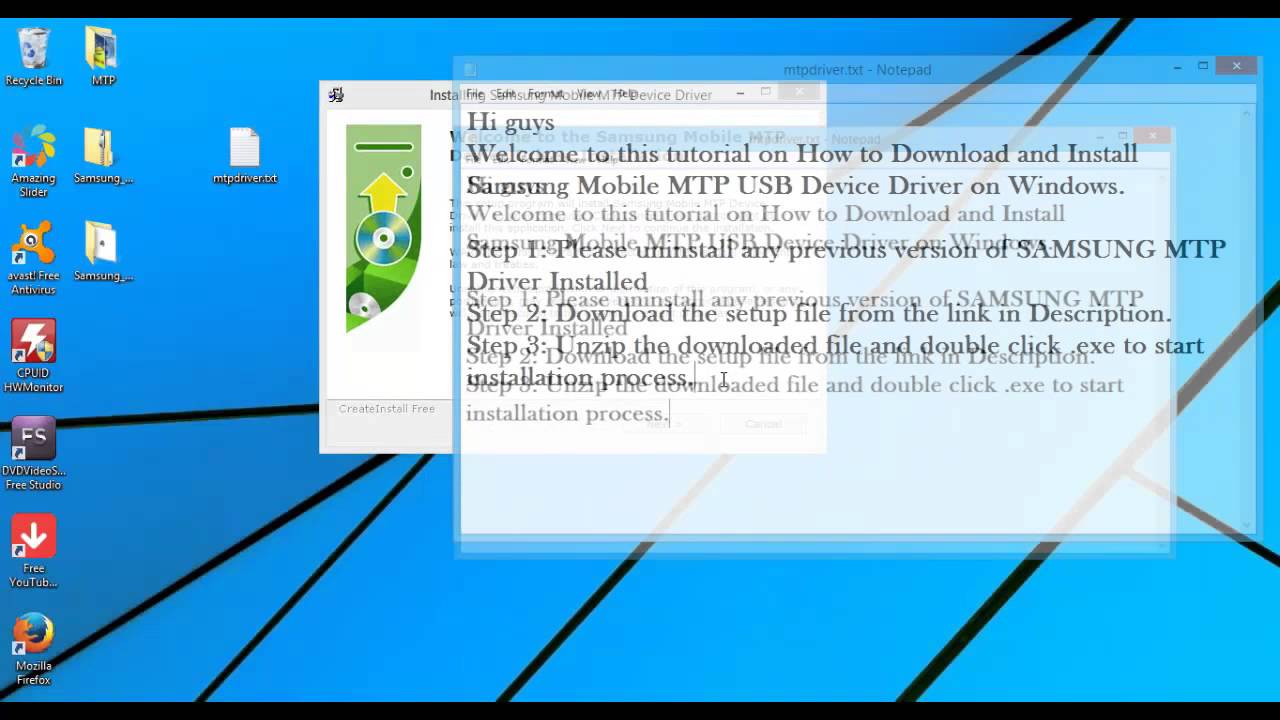 Intel is also moving nicely along with its smartphone technology. The company’s new Merrifield architecture, which should be nearly twice as fast as CloverTrail+, is scheduled to appear at the upcoming Mobile World Congress 2014 and will offer up LTE capabilities too. It probably won’t be enough to rattle ARM, as CloverTrail+ was very disappointing, but the mid-2015 all new Broxton design might just be Intel’s big chance.

Broxton is a big change for Intel, as it will finally combine the company’s smartphone and tablet technology into a single SoC, which will be far easier to tailor to specific needs. As well as a revamped architecture, Broxton’s more modular design should help Intel bring out new chips faster and cheaper than it’s currently able to, potentially removing one of ARM’s big advantages. Intel also has plans to bring its Atom processor to the entry level market with its SoFIA chips, scheduled to land in the second half of 2014. Unfortunately Intel is again lagging behind on integrating LTE into this SoC, which won’t appear until 2015.

Things might look healthy for Intel but ARM is also ready for the dawn of 64-bit mobile processing, the company is currently readying its new ARMv8 architecture. The first mobile processor using this technology will be the new Cortex A53 CPU.

Unlike Intel’s next line-up of processors, which all aim to beef up their performance, the Cortex A53 is much more modest chip. CPU performance is expected to be somewhere around the old Cortex A9, so it won’t be replacing ARM’s current high-end Cortex A15. But we shouldn’t be disappointed, low power chips will result in superior battery life for smartphones, or spare power left to squeeze in additional cores. The Snapdragon 410 is scheduled to be the first 64-bit ARM processor that we’ll see in a smartphone, with the chip will be heading our way in the second half of the year.

A normalized performance comparison of ARM’s upcoming CPUs. Although this comparison is directly from ARM, so take it with a pinch of salt.

ARM may be targeting power efficiency and low cost first, but its A57 processor should eventually bring the big performance boosts that you’d expect from a new generation. There’s also future big.LITTLE chips to look forward too, which will combine the low power CortexA53 with the peak performance of the A57 to help strike a superior balance between performance and battery life. We’ll have to wait and see if/when the Cortex A57 will make an appearance in mobile technology. Perhaps Samsung’s upcoming 64 bit chip will be the first.

Outside of ARM’s architecture development, its business partners are preparing new chips well outside the breadth of Intel’s plans. The new Snapdragon 805 is sure to keep ARM at the top of the mobile performance chart and the new Adreno 420 GPU is far more impressive than anything in Intel’s line-up. Similarly, Nvidia’s Tegra K1 is set to offer “console quality” gaming based on an ARM CPU. MediaTek, on the other hand, continues to pump out low-end, power efficient ARM chips suitable for budget devices. Intel’s doesn’t yet have anything to compete with this range of processors.

Finally, below is a roadmap comparison between key Intel and ARM manufacturer releases, to demonstrate who’s likely to achieve which milestones first.

Based on what we know, ARM looks set to retain its lead for the foreseeable future, due to Qualcomm’s LTE integrated chips and strong CPU/GPU components across the board. Intel is looking increasingly promising on the tablet CPU front, and will be the first to both 64-bit and smaller manufacturing process milestones. Intel’s attention to budget smartphones could also pay off, but it’s unlikely that the company will be able to challenge ARM in the top-tier smartphone category until 2015, when it improves LTE support.

Perhaps there are other markets that Intel stands to do better in?